I have been co-incidently seeing a lot of crime related motion pictures lately.What I`ve observed is that the situations shown in Drive are quite near to real world scenarios.The movie started quite awesomely showing him supporting a bunch of robbers.Basically his job was  to help the criminals elude the police.

As a result our guy here must be and is as expected a gifted car driver.He was even going to race as a professional driver in NASCAR.Frankly speaking ,the car chases were excellently captured and I appreciate the director and the DOP for doing such a wonderful job.I wished to see more of them and cursed the director for not keeping them as many as I had been expecting at the end of the movie.But actually at the end of the day I think that he did the right thing or this movie would have been called the Tokyo Drift , wouldn`t it?

The movie opens with Kavinsky`s Nightcall and I think that music is really excellent.I`m not into EDM or anything like that, but believe me this thing is kinda good.It gives more of a darkish feeling at the start and then suddenly you are alleviated by its innovative chorus.I guess the chorus just makes you fly.I guess that is why this song is perfect for opening this movie as it conveys the whole meaning of the film in just 5mins.

Just keep yourself in the driver`s shoes , you`ll have feel like your life was really cool when you were the original you and not the driver. There is a underworld boss who wants your head ,there is a girl that you like and she likes you back, but she is married ( sho shad 😦 ),I mean life is sad.But still he gather`s his shit to help his fellow neighbor.I`ve heard many a times that true loving is letting go and not holding onto….well this movie portrays this perfectly.

Everybody has an urge to usurp power and touch the sky.They spend their whole life chasing the ultimate dream.Fewer are quite lucky enough to even reach there.What after that? , A new goal ? or satisfaction for life ? like really….what after that?.Holding onto and maintaining the achieved power , position is a real challenge my brothers and female friends.Most people don`t last.

Similarly a guy like me aka Tetsuo is member of a bike gang in a futuristic(according to the thought process in 1988) Neo Tokyo.He bumps into a military  lab rat which triggers a series of events leading to Tetsuo usurping enormous amount of power similar to the legendary(in  movie)  Akira. He suffered great deal of pain because his body was trying to adapt to the newly achieved power.But Tetsuo is really happy here , because he`s really strong now.He can payback all his bullies now for what they had done to him.Tetsuo loses his humbleness.Kills his friends , he thinks himself as the king of the world.

But he was not able to hold on to the power for long.His powers were soon going out of his control.His body was not moving according to his will.In this process , he lost his beloved girlfriend and almost killed his best friend who was trying to help him in this whole process. I guess one must always aspire for more , to fly high.But he must never let go of what he already has.The friendships,the people who`ll be there for you in the blink of an eye.And if he does achieve the ultimate dream , he must make sure that he holds on to it.

I guess that`s what I`ve learned from Akira.Do watch this movie.It is a japanese animated movie with an IMDB rating of 9.0 .I`ve not covered every nook and corner of the movie.I hope you`ll take interest from this blog and watch it. shreyas bhujbal , signing out.

It was taught us in schools that Adolf Hitler is a symbol of cruelty , hatred and passion.He was the one responsible for killing so many jews .People say that he was sent by the devil himself to cause havoc on earth (no he didnt!).

I`m a true believer of the fact that every story has another side to it that people ignore or have never heard of.Just like Nick Dunne(Ben Affleck) was misunderstood by the media believing over false stories and facts told by his wife Amy Elliot-Dunne(Rosamund Pike) in “Gone Girl”. My point here is that people who didn`t even know Mr.Dunne started cursing him believing on the information told to them.

Similarly Hitler`s story had a second side too.Hitler here had a tremendous love for his fellow Germans.Everything he did was for the love for his country.He was in Austria for quite a lot of time.And he observed that the Austrian government was was full of incapable worthless pricks just like the Indian Government.He saw that the high class people were sucking the life out of the common man.There were no measures taken for the welfare of this hardworking class.He found out that the majority of these so called “high class” people were the jews . He said that these people were pulling the country down.

I guess this was the primary reason why hitler had inculcated a deep hatred for the jews.He wanted to eradicate the jews out of this world.I guess that was a big mistake that he did. His primary for such a hineous task was because maybe he didn`t want the coming generations to face what his generations had faced due to the jews.

—— I have nothing against the jewish people.The above text is in context with the book “Mein Kamph” written by hitler.

For more of hitler…stay tuned for the coming posts.

6 years have been passed since the last  time i went to my grandmother`s place.That place is apparently  where i was born. That place is my origin.It is a small town called  Phaltan. If you people don`t know , Chhatrapati Shivaji Maharaj`s first wife  Sai Bai was  from Phaltan`s royal family.

Phaltan is 3 hours by bus from pune. This town is primarily known for its temples.One of its temples is the Ram mandir  where Akshay Kumar`s  film  Khatta Meetha was shot.  Well, i gotta tell you, the place is simply awesome.This temple was built by the royalty.

this was my brother who accompanied me there.

these are photos of Rammandir.

these are some other photos that i took there.

Well it felt a little nice to have met my grandma after so long.But certainly the retun felt kinda great.

Presently i`m 16 yrs old.i`ve passed 10th standard from DonBosco school nashik.i`ve left school now.i didn`t  really  liked going to school.I hated  getting up in the morning at 6.00am and my mom would scold me if i won`t get up and then we would end up quarelling. This scenario would take place almost every day.And then  i id had to push my self  and get ready.At school too  i loved sleeping during classes.But unfortunately we had to face the principal as a result so that option was cut out.The only thing left was doing  mischiefs and troubling the teacher.but this had to be done in a group and not individually.well it was a lot of fun then.

our class was suspended for almost 3 days . the most awesome thing about my school life i liked was the interval or recess or whatever u call it.It was the time when u can do anything and everything  one wants to do.The first thing  that we would do is that become happy or scream at the teacher teaching us even if she not done anything to annoy us.and then worship our stomash(paet puja)and then if there is any time left then play anything u want with your friends or just complete your notebooks ,journals workbooks etc which you are late to submit to your teacher.the saddest moment is that when you realise is that your break has finished.And then you get angry.So u trouble the teachers even more in after recess periods .

Another saddening thing was that you come to school and you come to know that you have your assembly in the quadrangle.we had to stand there for almost half hour and we were not allowed to sit.As a result everyday atleast one  student would  fall  down due to giddiness or thinking about the fact that he has to stand for more half hour. Sometime it used to very boring to hear the  morning talks.

school life is the most important in ones life. we come to know how to make friends and how to have fun in life. I really miss school.In college nobody cares who you are.some times they dont even know wether you are in their college or not.there is so much competitive atmosphere in the outside world.It`s a bit difficult to cope up with the outside world.

There were some periods where we didn`t even know what the teacher was teaching.it was like a free or notebook completion or talking or joking period.The physical training (PT) period was the most joyful period of the week.but unfortunately there were only two of such kind of periods per week.Now i understand why people say that happy moment dont last long.Even if there was only 0ne football we were allowed to play with and there were only about 50 students instead of 22 players( total)and everybody jumping and chasing  that innocent thing,we loved it.There was nothing rejoicing in life than the thought of having free periods everyday.

Sitting on the last bench and making noises to irritating the teacher is a thing i miss a lot from school.Even if i didn`t do anything like that it was the awesomest thing.In school life besides playing badminton, our hobby in class was irritating the teacher.when teacher used to get irritated, we used to be like 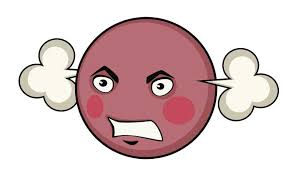 .And that time was ofcourse where everybody laughed.

The school teaches the value of giving.The value of sharing .it used to be such a friendly atmosphere there.The most boring full of negative energy etc etc were the exams.It is so much boring to study.But the joy of coping during the exam is something that a home schooled child will never have.During exams we used to be best friends, all of us.The person sitting on the last bench was considered the most lucky person ,while the person on the first bench and being  nearst to the teacher was considered the unluckiest,because  it will be hard for him to copy any data he nedds as he had constant attention of the teacher right in front of him.after exams it was like we had won a war.  and it used to be a moment of rejoice.we used to not study for atleast a week after that.

Well for all the good old in my school i would like to thank my friends my teachers and especially the non teaching staff for keeping the school building so clean and throwing all the negative energy outside the school.well i still have understood the significance of assembly but it must for a good reason.and all the people who have my school life , child hood so cheerful and nice.The old days were good for me wht about you?